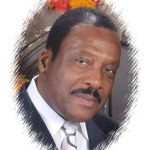 A good man steps or ordered by the Lord and a good name will take you places where your character has to keep you.

Nothing spectacular happened on December 7, 1946, 5:15 pm. at Cumberland Hospital in Brooklyn, NY. It was a cold New York Winter and babies were being born as usual. However, on this date, time and place, a special male child was catapult through lives birth canal by the name of Wallace Edward Grimes to the proud parents, the late Edward Wallace “Skip” Grimes and Mrs. Dorothy Forbes “Sweets” Grimes.

At an early age his parents matriculated to North Carolina and built a home in the God Blessed city of James City, North Carolina. His mother would later be the catalyst God would use to bring spiritual revolution to this community with the introduction “house to house prayer” and the Holy Ghost. This movement would lay the foundation for the Undenominational Pentecostal Holiness Church in James City which would serve as the Mother Church with the late Founder and General Overseer Bishop Willie Grant as Pastor.

“Java Man” as he was known to many of his childhood peers would graduate from the James City Elementary School and J. T. Barber High School and would further his education at North Carolina Central University in Durham, North Carolina. Wallace was called to serve his country in the United States Army, which interrupted his academics at the University. He fought courageously in the Vietnam War and was later honorably discharged.

During his early adulthood, he was called into ministry and performed faithfully as a foundational member teaching Sunday School and assisting the pastor in any capacity needed. Elder Grimes has as served as pastor at Mount Shiloh MB Church, and Assistant Pastor and Bible Study Teacher at Pilgrim, MB Church in James City, North Carolina.

Elder Grimes was consecrated Bishop the early 90s and later appointed Pastor of the Undenominational Pentecostal Holiness Church in Willard, North Carolina where he served faithfully for seven (7) years.

Bishop was united in holy matrimony to the former Ms. Jennifer Denise Murrell on June 17, 1989. He has four sons, Michael, Marcellous, Deauntae and Leauntae Grimes. To further enhance his ministry, he attended and graduated from the Undenominational Bible Institute with a Bachelor Degree in Theology. He was employed with Hatteras Yachts for over 30 years where he was the employee of the year in 1993. Bishop Grimes is the Vice Bishop of the Undenominational Pentecostal Holiness Churches Incorporated. His ultimate goal is that the truth of the Word of God be proclaimed, the weak become strong, and the disenfranchised spiritually and economically are lifted. It is his desire that Christian of all race creed and denominations become unified under the banner of “All of Gods Children”. Bishop Wallace E. Grimes is a much sort after speaker and a community person with an outreach ministry to all people. 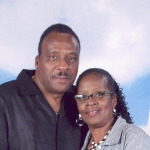 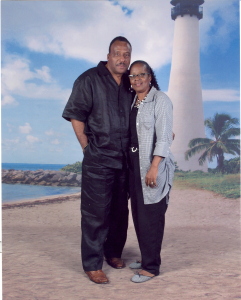